There’s a large number of options when it comes to the different types of basement windows. The more research you do, you may be more and more confused about which is the best option. Keep reading to learn the differences between glass block basement windows and basement hopper windows. 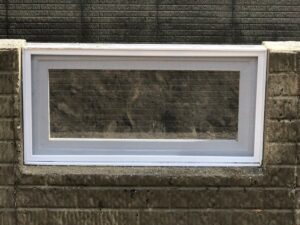 These windows are commonly used for basement or bathroom applications. Hopper windows can also be used in kitchens and garages. Do to their inability to meet proper building codes, hopper windows should not be used in finished basements and living quarters. Code for living and sleeping spaces is to have a window that is also an emergency exit, such as an egress window. To learn more about the egress windows we offer, check out our page Basement Egress Windows. 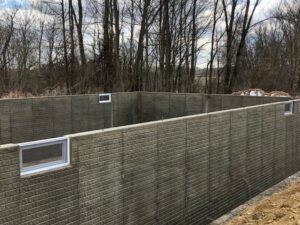 Let there be light!

The most sought after quality of any window is the ability to transmit light to dark spaces. Allowing more natural light into spaces can help boost moods and increase productivity. As well as, lowering energy costs at the same time. the psychical effects daylight can on your body includes, better sleep pattern, lower blood pressure, increase likelihood of laughter and enhanced alertness.

The basement hopper windows that we offer at The Glass Block Supply Company, are strong enough to be used as a pour in place window or as a replacement window in an existing opening. Our pour in place basement windows are used for new construction homes and are built into the poured concrete foundation of the home.

These hopper windows are also great for reducing humidity in your home. Basements are prone to damp and humid conditions, providing a way for the area to vent can make a significant difference. In basements the hopper windows are typically placed higher on the wall. Humid and hot air rises allowing for it to escape through the window when it is opened. The way the hopper windows hinge allows for hot air to escape and cool, fresh air to come into the home.

Glass block windows are highly secure, what about hopper windows?

How to Install Basement Hopper Window

Are you still unsure of what type of basement window would be best for your home? Give us a call today to let one of our customer service representatives help you!

Back to top
We use cookies to ensure that we give you the best experience on our website. If you continue to use this site we will assume that you are happy with it.
OK, Got it